INTO AMERICA: on the not reading of IMPERIAL by WILLIAM T. VOLLMANN 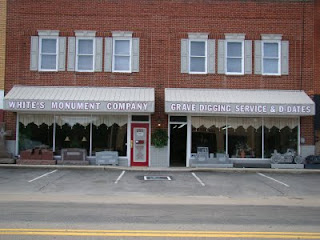 Have you noticed that the reviews of William T. Vollmann's IMPERIAL have appeared and almost to a word they have been the sort of review that praises and then takes away complaining of the length, the demands placed upon the reader and never does the reviewer admit to not having really read the book?

These reviews do not send people to the reading of IMPERIAL. They allow the reader to conclude that they know enough about the book, know that it has something to do with the border of the United States, with the people who live near the border, about the complexity of a once open border, with a now closed border ( though if anyone remembers LONELY ARE THE BRAVE he or she will remember that the reason the Kirk Douglas character breaks into the jail is to try to help his friend who has been arrested for helping illegals--- and this is in 1962!!! so once again the great forgetfulness, the stupidity of journalists today who think they are telling really anything new to those of us who might still have the faculty of memory).

IMPERIAL is still the most important book of the year, the only essential book to be published this year in these United States even now as the reviews have appeared and even after one or two nice profiles of the author, again which lets people off the hook of actually reading IMPERIAL because reading the article allows them to be "well-informed"--- is this the best reason to NEVER read The New York Times? ... who would want to be well-informed if that has to include reading The New York Times?... I hope you have read Marina Tsvetayeva's precise poem "Readers of Newspapers" which includes these lines:

It crawls, the underground snake
crawls, with its load of people.
And each one has his
newspaper, his skin
disease; a twitch of chewing;
newspaper caries.
Masticators of gum,
readers of newspapers.

They swallow emptiness,
these readers of newspapers.

It's better to go to a graveyard
than into the prurient
sickbay of scab-scratchers,
these readers of newspapers.


If Tsvetayeva was alive today she would have included the glassy eyed viewers of television "news"... if someone tells you he or she watches CNN... it like the famous dot on the forehead of an Indian woman--- according to V. S. Naipaul--- meaning, you know her head is empty.

IMPERIAL is not meant to be read in one sitting, or many sittings... it can not be so read. And that is the flaw of all the reviews I have seen. None of them confess to not having really read the book. They all pretend to having read it and here is now their considered opinion. This failure to be honest, this dishonesty by pretending to having read is something that David Foster Wallace was well aware of when he would be interviewed or meet reviewers of INFINITE JEST and well knowing that the book had not been read... of course this happened with William Gaddis's THE RECOGNITIONS as documented in Jack Green's FIRE THE BASTARD (Dalkey Archive).

IMPERIAL should be open on a person's desk. The other day Vollmann sent me to read John Steinbeck's The Vigilante in THE LONG VALLEY which I found in the Library of America's edtion of Steinbeck... Steinbeck withholds judgment on a man who has participated in a lynching... trusting his readers to... a trust that our genius well reviewed writers no longer can muster. But it is this sending and the resulting further reading that marks out IMPERIAL and no reviewer as far as I know had commented on this essential detail.. beacause to do so would mean that they could not produce the required judgment for those scab-pickers
Posted by Thomas McGonigle at 11:03 AM 5 comments: