Posted by Thomas McGonigle at 3:45 PM No comments: 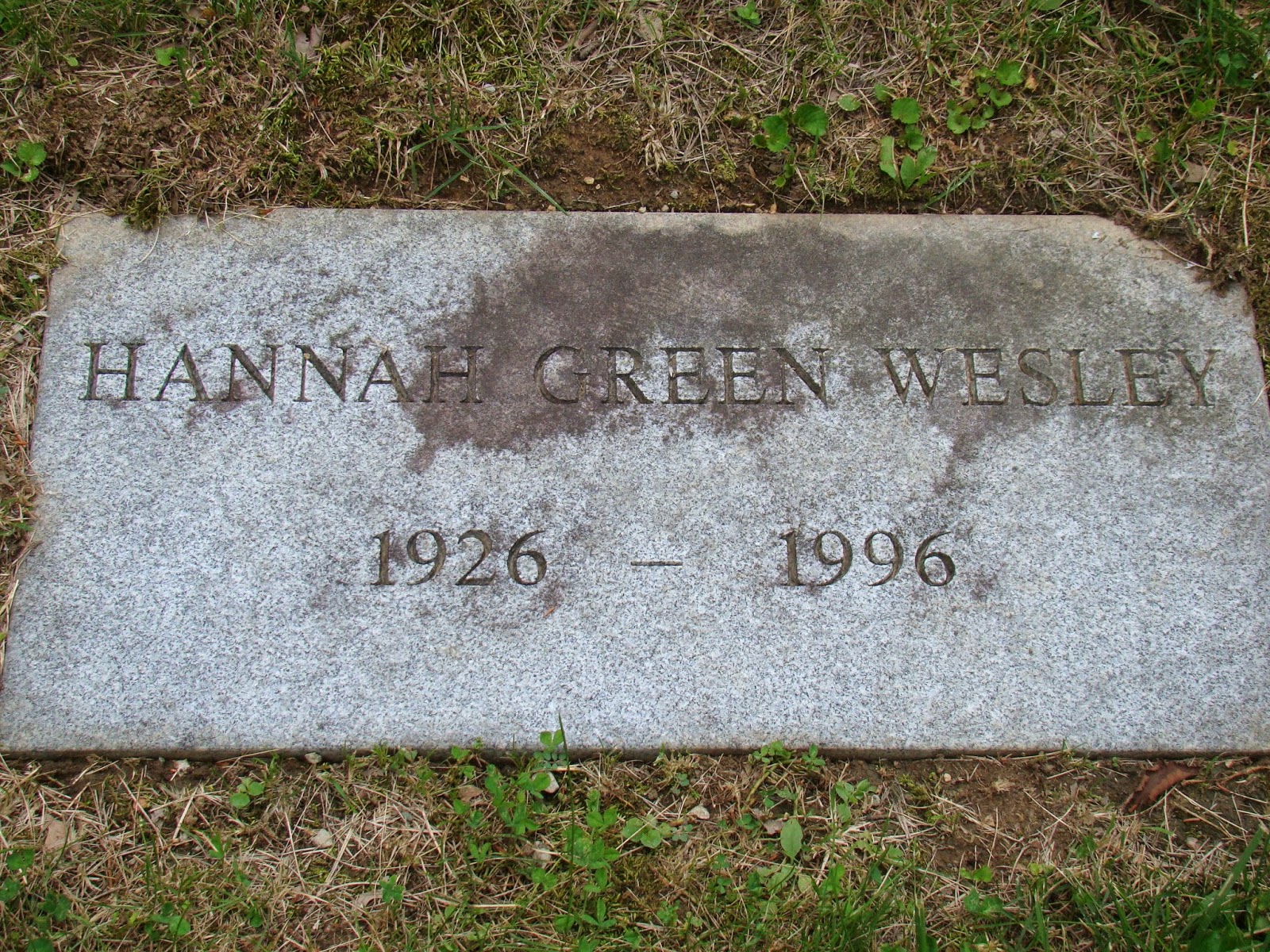 there is the possible hint of irony in this photograph… though that popular and ever contemporary  illusion of an alternative to an acceptance that each day is in some sense a constant postponement of a willful end to this thing called living, undermines any possibility of mourning, of regretting, of loving, of hating, of… 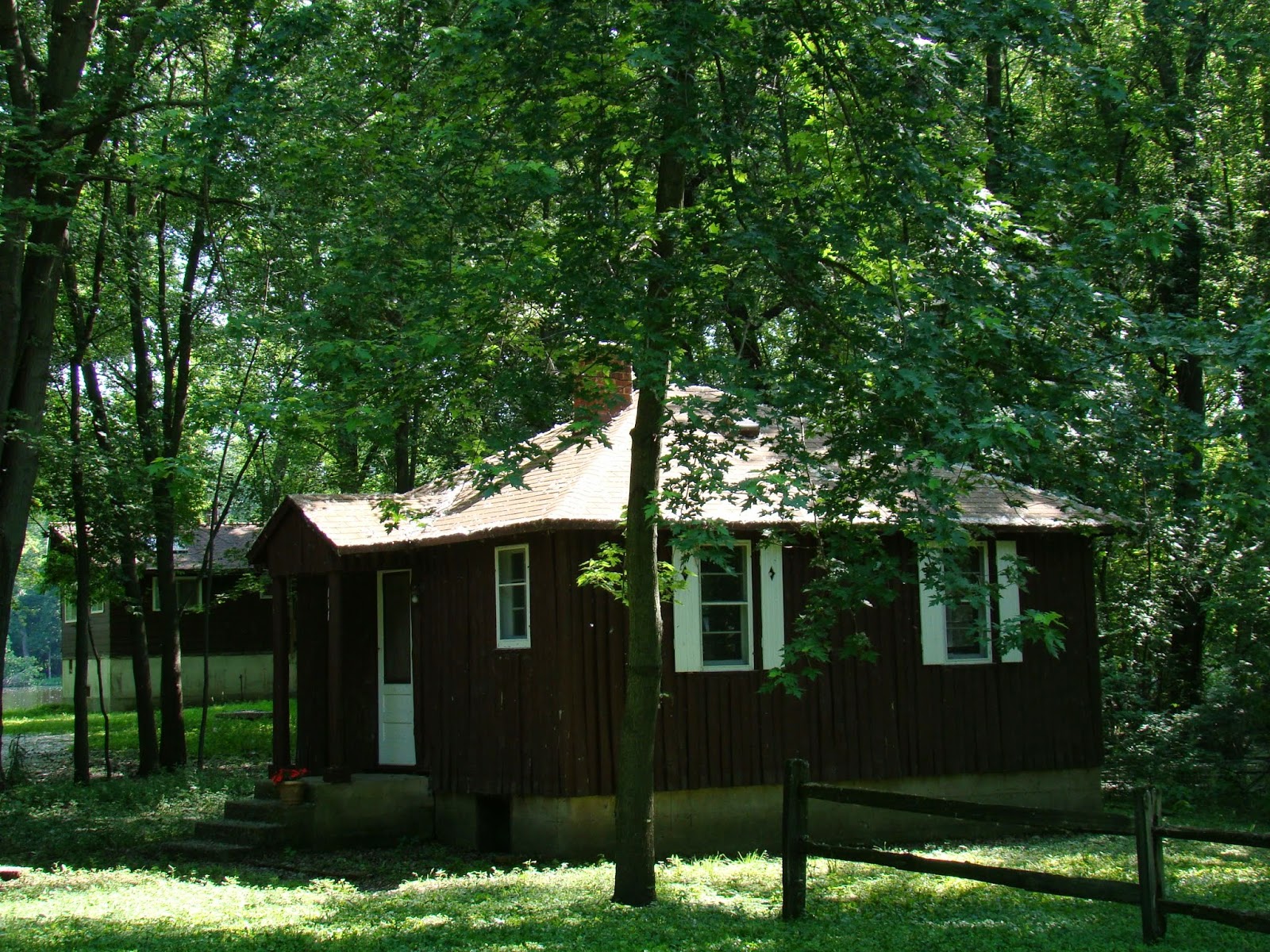 and while the tombstone for Hannah Green is self-explanatory, the second photograph is only that, a picture, of the cabin on Blackhawk Island on the Rock River in Wisconsin near Fort Atkinson, Wisconsin where Lorine Niedecker lived and wrote her claim upon posterity: a posterity in the forms of a collected poetry/prose works from the University of California Press,  two books of letters to/from Louis Zukofsky and Cid Corman,  a couple of books of selected poems and the resulting:a few studies of her work, a biography,  a room in the Hoard Museum in Fort Atkinson, which contains her writing desk, a few paintings that were in her cabin, a few manuscript pages and copies of manuscripts--- while the local library has her archives.  There is a state marker on the road in front of this house on Blackhawk Island  which is still a private residence..
What one knows of her life: writing poetry, the dreary work of washing floors in the local hospital, other menial work…two years of college at Beloit and leaving to take care of ailing parents and being without money, an abortion of twins fathered by Louis Zukofsky… a correspondence with a few people out in the world… but of course  the poetry is meant to…
From  NORTH CENTRAL
Lake Superior
In every part of every living thing
is stuff that once was rock
In blood the minerals
of the rock.
OR
From THE DEAD OF THE HOUSE by Hannah Green:
I have tried to write, seemingly, a very real book, which is, in fact, a dream.  I got the idea from life, but I have proceeded from vision.  I have made use in equal parts of memory, record, and imagination.  Members of my family and other people, I have loved, my feelings about them, and theirs about one another and many other things as well, have provided the inspiration, the starting point, for this novel but the characters in this book bear no more relation to their real-life counterparts than the characters in a play bear to the actors when they have left the stage.

FOUR
At Beloit College, I walked about the campus where I had spent three years (the junior year was in Dublin as I dropped out of Beloit---) a pretty campus looking the way a campus is supposed to look: late 19th century buildings, lots of trees, the ugly modern science building, all built on a bluff overlooking a debased and broken city, ever trying to come back: riddled with poverty and crime, mixed with natural food stores and cute gift shops… but Beloit was Bink Noll who died in his late 50s… three little books of poetry… and in a letter 8/10/86 to me--- three months before his death--- he wrote:
You are, of course, feverishly bookish, and I love you for it; but as for myself I don’t think books count for much--- esp. “creative” ones. I favor them, too--- read quite a bit, among other things; but all in all I don’t think they  (writing them) are a satisfactory way of generating self-esteem.  I set great store by happiness and see that most famous authors and literary ones, too, are fairly miserable.  I have been spending the summer among strewn corpses, no better for their delusions about craft and talent while they lived.  I prize your happiness.  Keep writing but “without attachment,” treating your stuff,  mine, and everybody else’s as the ephemera and mere amusement that it surely is.

To underscore:  ephemera, ephemera ephemera…  the University of Wisconsin bookstore in Madison is a vast t-shirt superstore… there is only one bookstore, Paul’s, on street level on State Street, and that presided over by an elderly woman... there are no independent bookstores in Menasha, Neenah, Appleton or Oshkosh… (home to a branch of the University of Wisconsin in Oshkosh and Lawrence University in Appleton). There is a Half Priced bookstore in the mall zone near Walmart and Target.

FOUR
None of the three librarians I talked to in Neenah and Menasha public libraries had heard of Lorine Niedecker or Glenway Wescott.  This is not unusual as they spend a large part of their days helping people get on the internet.
In the Neenah library where I had begun a manual search through the microfilm version of the Post Crescent newspaper for a poem I thought I had published there in the early 70s;  another woman was copying obituaries for a newsletter of some sort.
Eventually one of the librarians suggested I use an internet search of that paper which they subscribed to.  I did not find the poem but I did find a letter I had published on 19 September 1971  suggesting that the killing of George Jackson--- do you remember who that is?--- was a murder perpetrated by the prison guards.

After this visit to where my parents had lived in exile from 1965-1972 I drove for Milwaukee by way of Kewaskum as that is where Glenway Wescott is from. 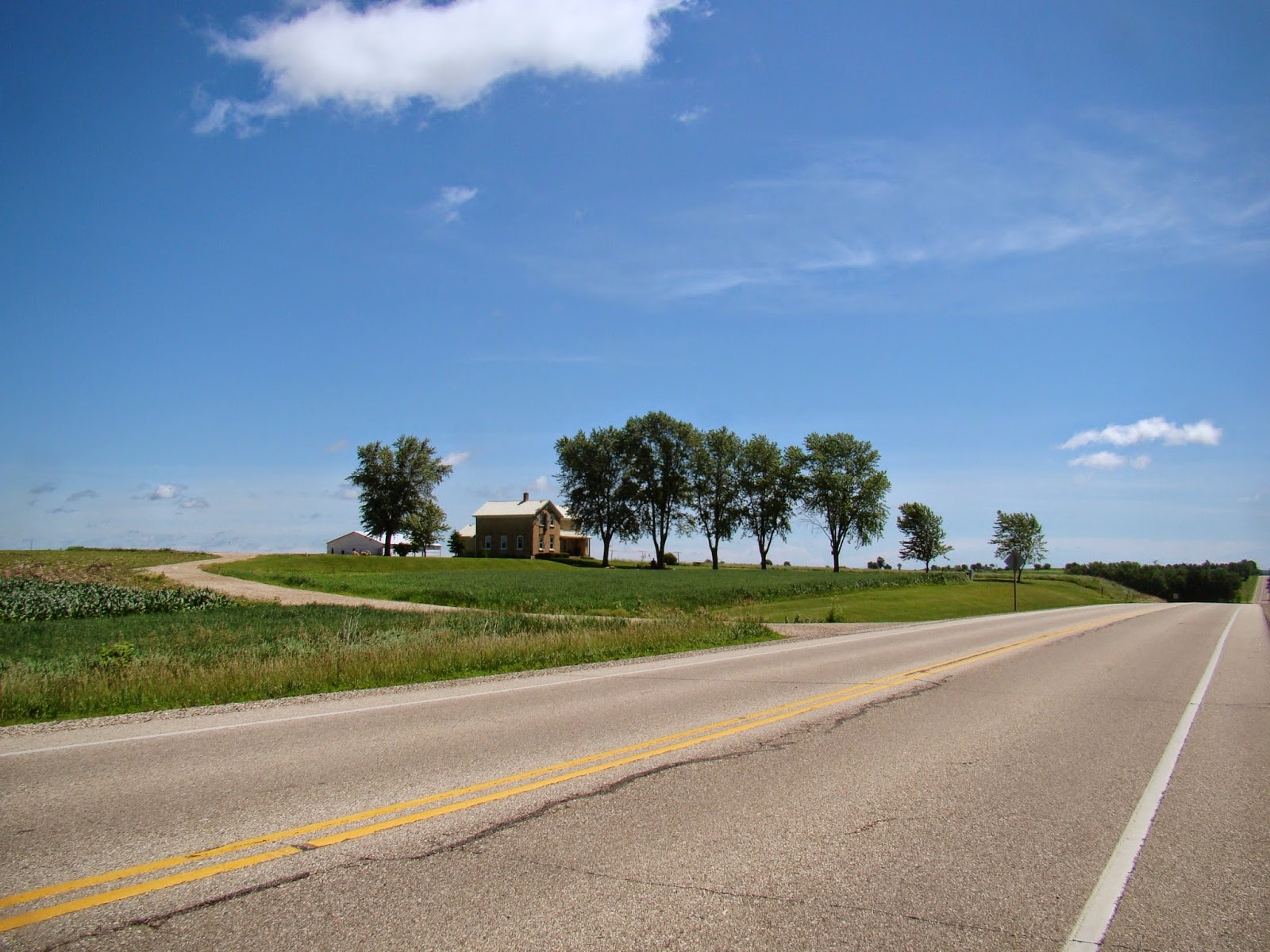 Wescott is another writer who has shaped me.  For a long time  I would argue if we in the US need the great American novel his THE GRANDMOTHERS is a worthy candidate.
And then I had that his title essay from GOODBYE WISCONSIN is a necessary addition to who he is.  I do know he acquired brief  contemporary fame later on for a short novel THE PILGRIM HAWK and that is how most people today will meet his work.
Jerry Rosco has been a tireless promoter of Wescott with a biography and the editing of two volumes of Wescott’s journals and a book of his short fiction… and while his immediate claim upon the current moment is through his never hidden homosexuality he is of course far more than just that… something the poet Elizabeth Bishop understood in not allowing her work to appear in anthologies devote to “poetry by women” and the same could be said of Hannah Green who was happy with the simple declaration: Hannah Green is a writer.
Wescott appears in the first year of the first version of Julian Green’s journal and it is to me the closest definition of my whole experience of writing:
19 December 1928:  Lunched yesterday with Wescott.  He told me that it seemed to him impossible for a journal to be written that should be absolutely sincere and bear the stamp of truth.  But sincerity is a gift--- one among others. To wish to be sincere is not enough.

I have often thought Green was “a success” only because of the gift of his conversion to Roman Catholicism.
In Goodbye Wisconsin, Wescott writes,

“By birth the best of these young people are Protestants of some sort; by accident, or thanks to their own efforts, the classic Protestant rules have given way to an almost equally scrupulous open-mindedness.”

Of course now, I would suggest an open mind is an empty mind.  The only minds I find interesting are strewn with nasty dead-ends, uncomplicated urges, irrational beliefs… and simple knowings beyond the necessity of words.
Wescott  gave in to a public amiability, a willingness to please and was unable to find his way back to his early books that still are his claim upon me--- but I will grant him his THE PILGRIM HAWK and possibly it is his A CALENDAR OF SAINTS FOR UNBELIEVERS  with its subtitle: Daily readings for eccentrics heretics revolutionaries and other fallen angels…  which might be his best claim though ironically it can really only be read by believers who are capable of understanding the necessary wit and genius of this book as it makes such uncomfortable in that all belief is always a little comic, a little tragic in the echoing of Unamuno’s: THE TRAGIC SENSE OF LIFE, another self-defining book. 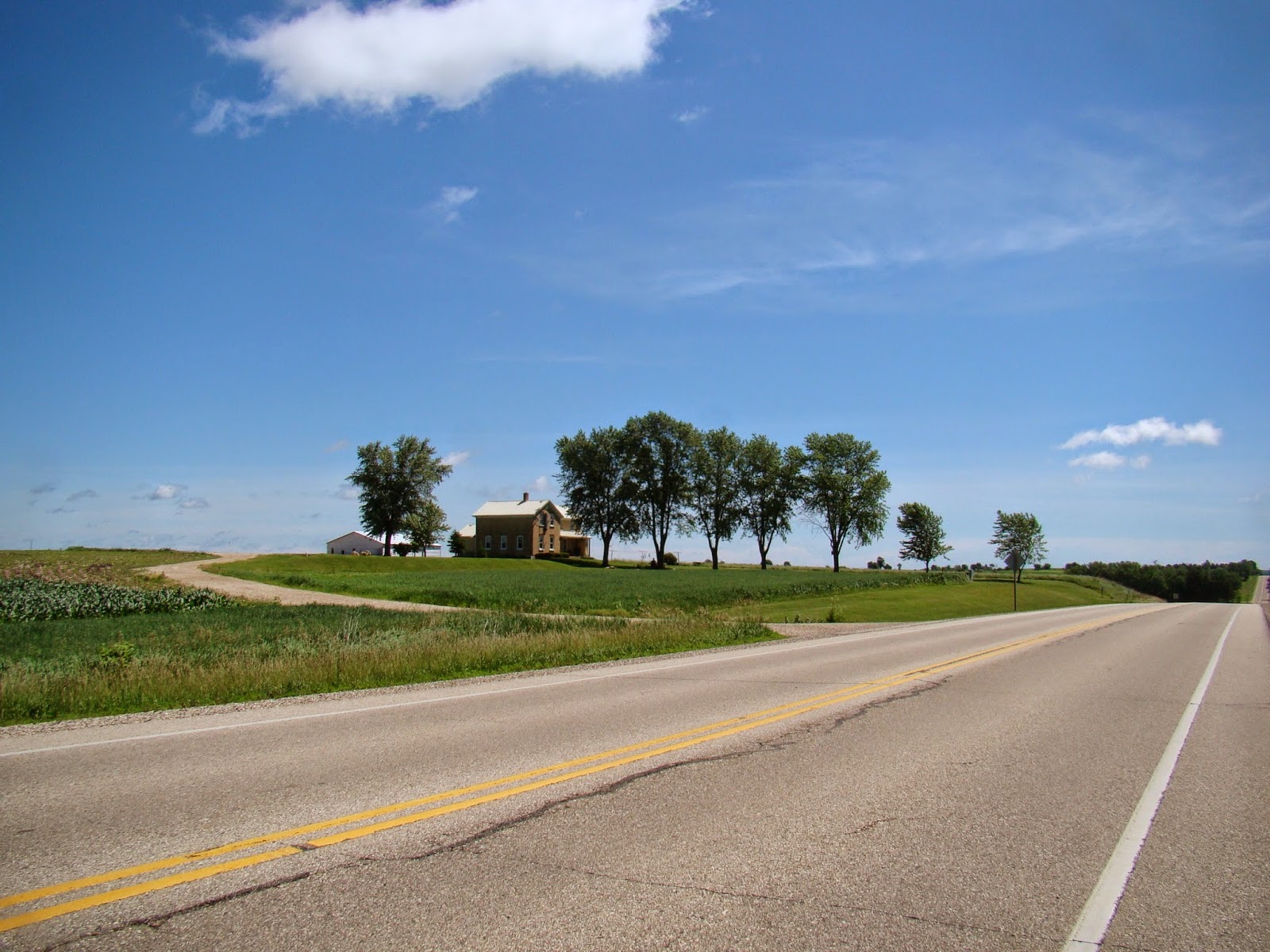 I did try with my limited ability to picture the place where Wescott came from and if only he had remained in some fashion there instead of decorating the American Academy… ironically and in a wonderful final gesture: Julian Green might have been an elected immortal to the French Academy but he had the decency before his death to try to resign…”

An aside:  I think I personally shall fail as doesn't it seem obvious from what I have just recorded.


NOTE::::THIS IS THE FIRST OF TWO PARTS:  here are

The first was a postcard from Juneau, Wisconsin with a

message to Lilia back in Menasha while on  my  drive to 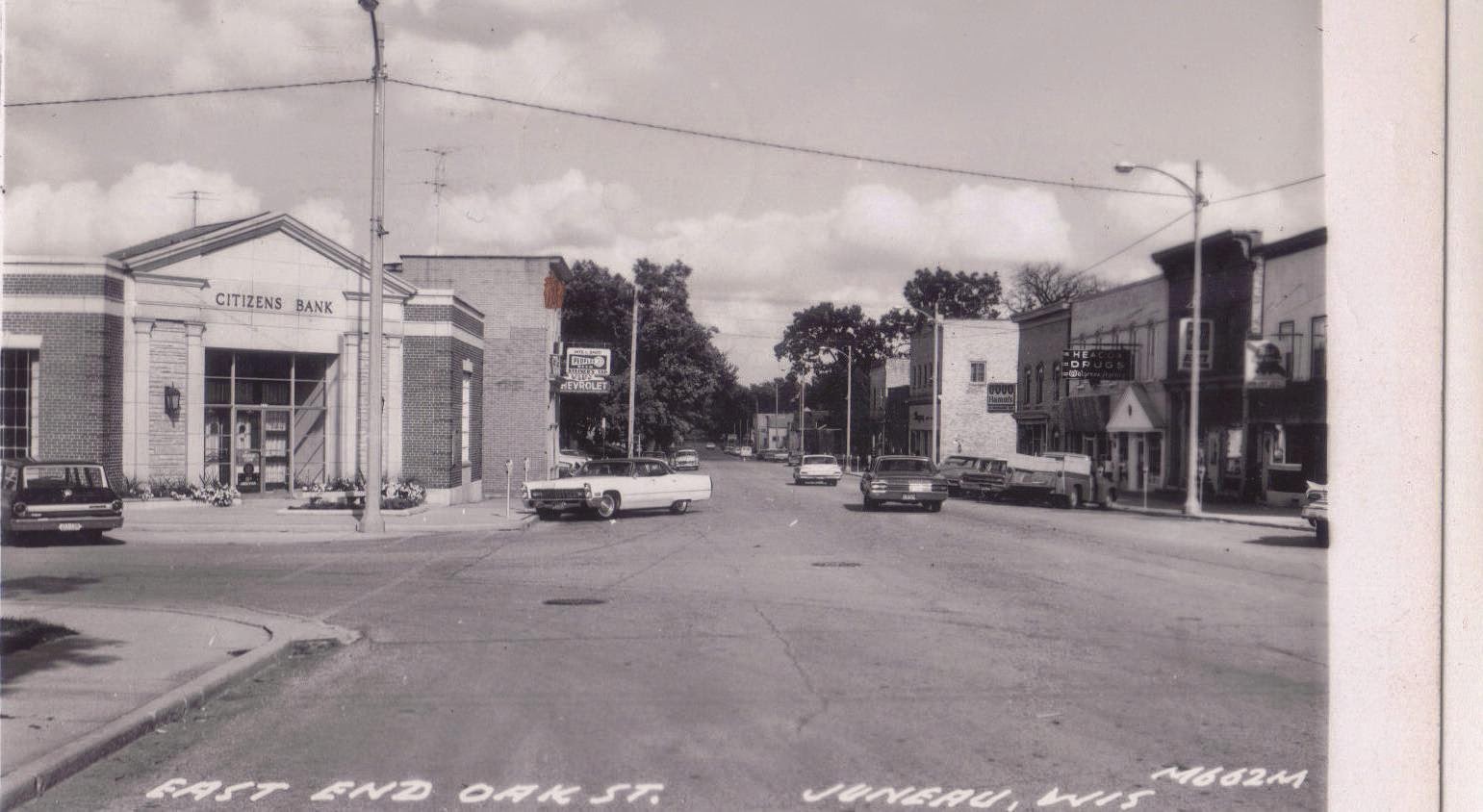 and this photograph from this summer, 2014: 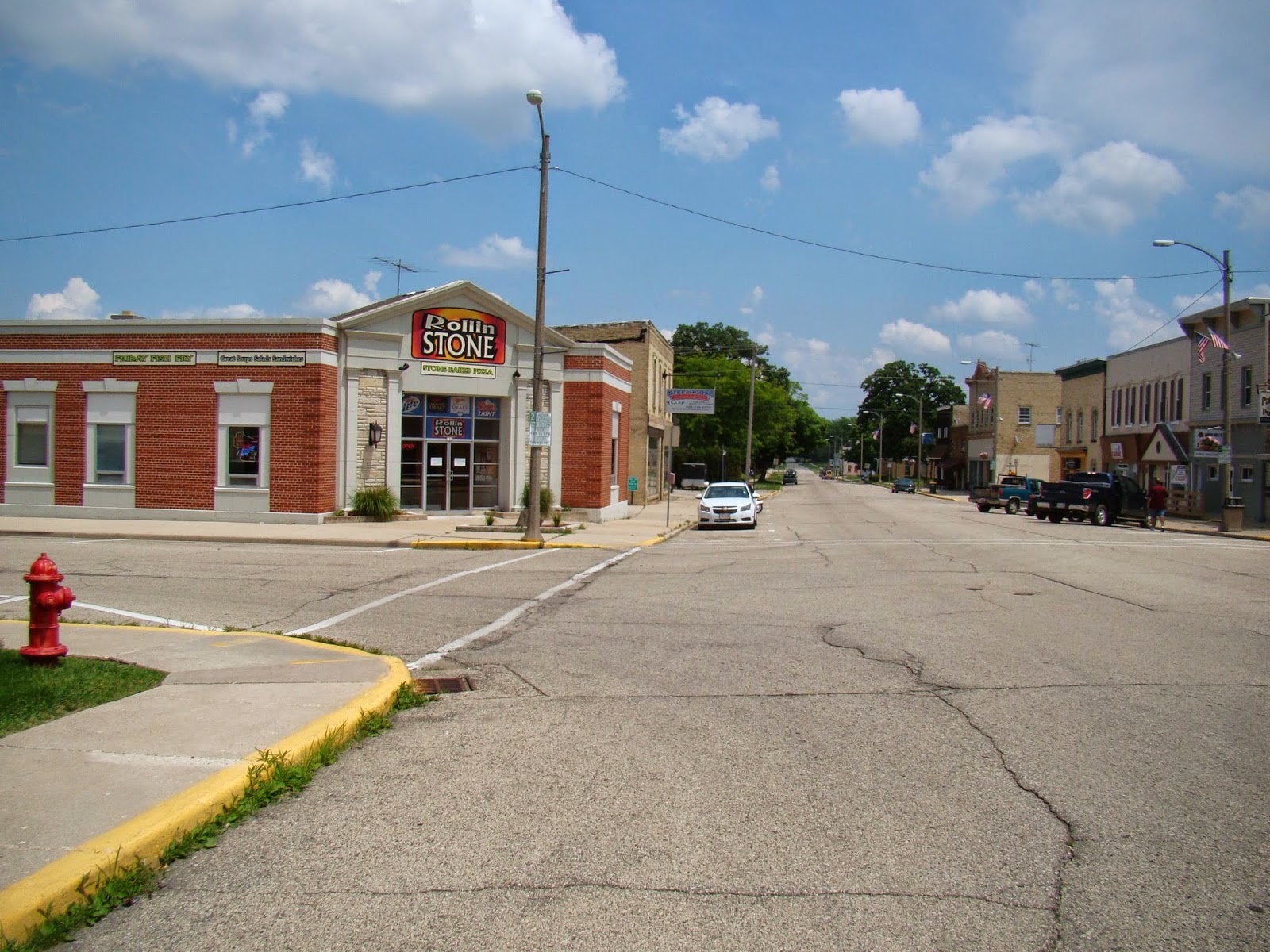 what passes and does...