TO READ: PATRICK LEIGH FERMOR and WITOLD GOMBROWICZ AND...

I decided to preface these reminders of books read, to be read and reread with this first poem  published in The Patchogue Advance in 1962. 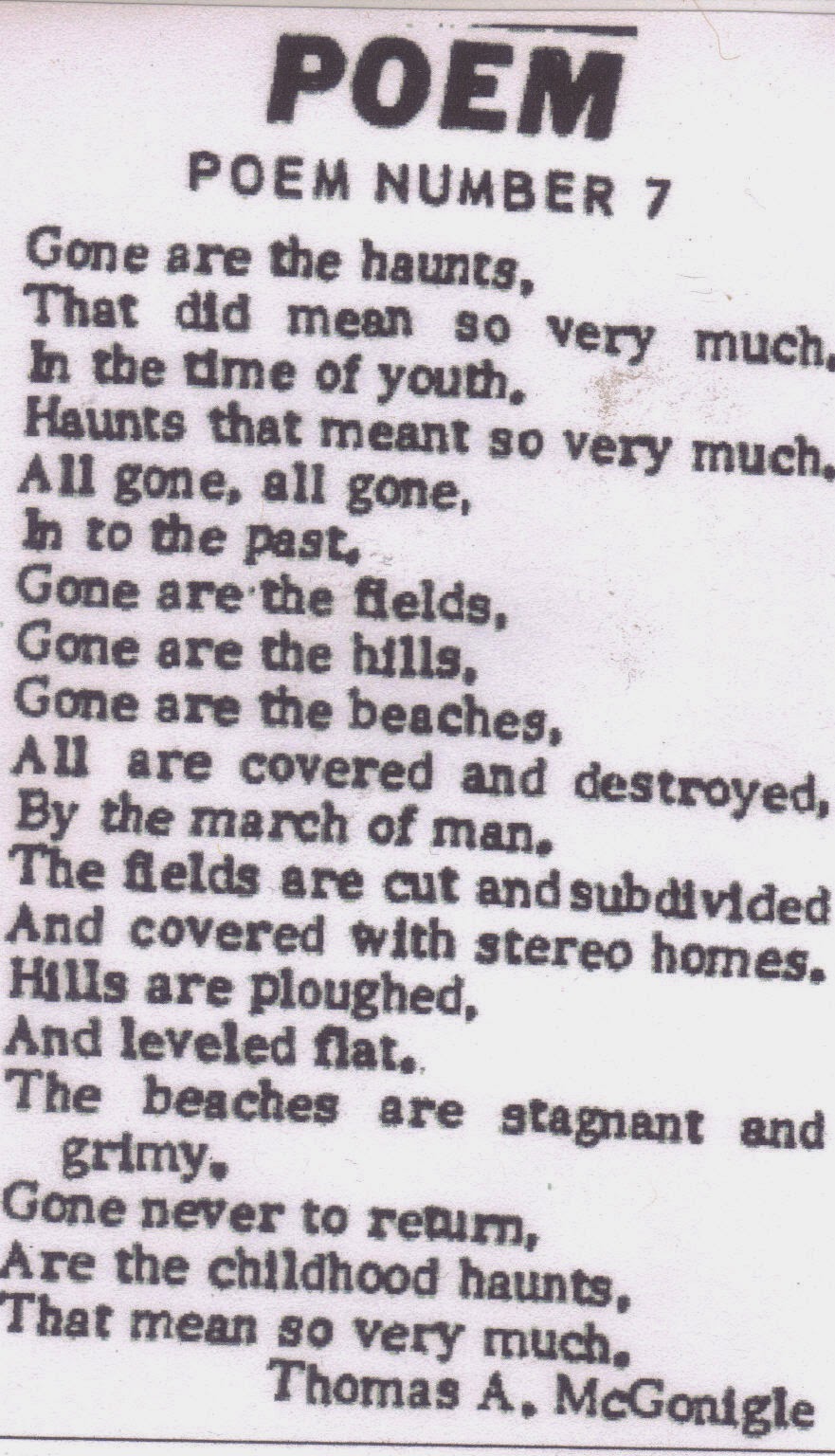 SEVEN
I might even think this is the beginning of a long memorial address that will go for many pages, in the voice of Johannes Freumbichler--- the grandfather of Thomas Bernhard who encourage his grandson in words and as Bernhard writes in A CHILD: "I can still hear my grandfather saying Everything one writes is nonsense.  So how could he think of writing a thousand pages of nonsense?    He always had the most incredible ideas, but he always felt that these ideas were the cause of his failure.  We all fail, he said time and again.  That is the thought that most occupies my mind too.  Naturally, I had no idea what failure  was, what it meant, what it could mean though I myself was already going through the process of failure, non-stop failure; at school I failed everything with incredible consistency.'

NINE
Of course the very copying of these sentences reveal me as...

FOURTEEN
Could one imagine Joyce Carol Oates [the three saddest words in the English language (Gore Vidal)] or Jonathan Franzen or Philip Roth or Toni Morrison or Paul Auster or any of our well-known bad writers---to use Edward Dahlberg's phrase to which he always added:  I have heard of them and that is sufficient--- stepping back.. except as a strategic marketing move...but they can’t do that... and find themselves within the sentences of a Thomas Bernhard?

TWENTYONE
From Emerson’s Quotation and Originality: "A great man quotes bravely and will not draw on his invention when his memory serves him with a word as good."

SIXTEEN
Here it is a book from the grave of Patrick Leigh Fermor:  THE BROKEN ROAD (New York Review Books)... having set out to walk across Europe, Fermor published in his lifetime two books---A TIME OF GIFTS and BETWEEN THE WOODS AND THE WATER--- but it is from the grave that we get to Bulgaria.
Having set out in 1933 on his walk it is now the fall of 1934 and how I wish the Bulgaria he describes was still available in Bulgaria though reading Fermor’s version of Bulgaria still reminds me of what I find attractive in Bulgaria…
“A twist in the valley and a leaf-fringed glance through a  clearing brought my destination into sight.  This was a fortress-like building,  almost a small towered city, embedded in fold after fold of beech trees and pine  The southern ramparts sank into the gorge, and the five tall walls and tiled roofs formed a lopsided pentagon round the deep well of a courtyard, lined within by many ascending tiers of a slender-pillard gallery hoisted on semicircular arches…”
Of course, Fermor has come to Rila Monastery as did I so many years later. 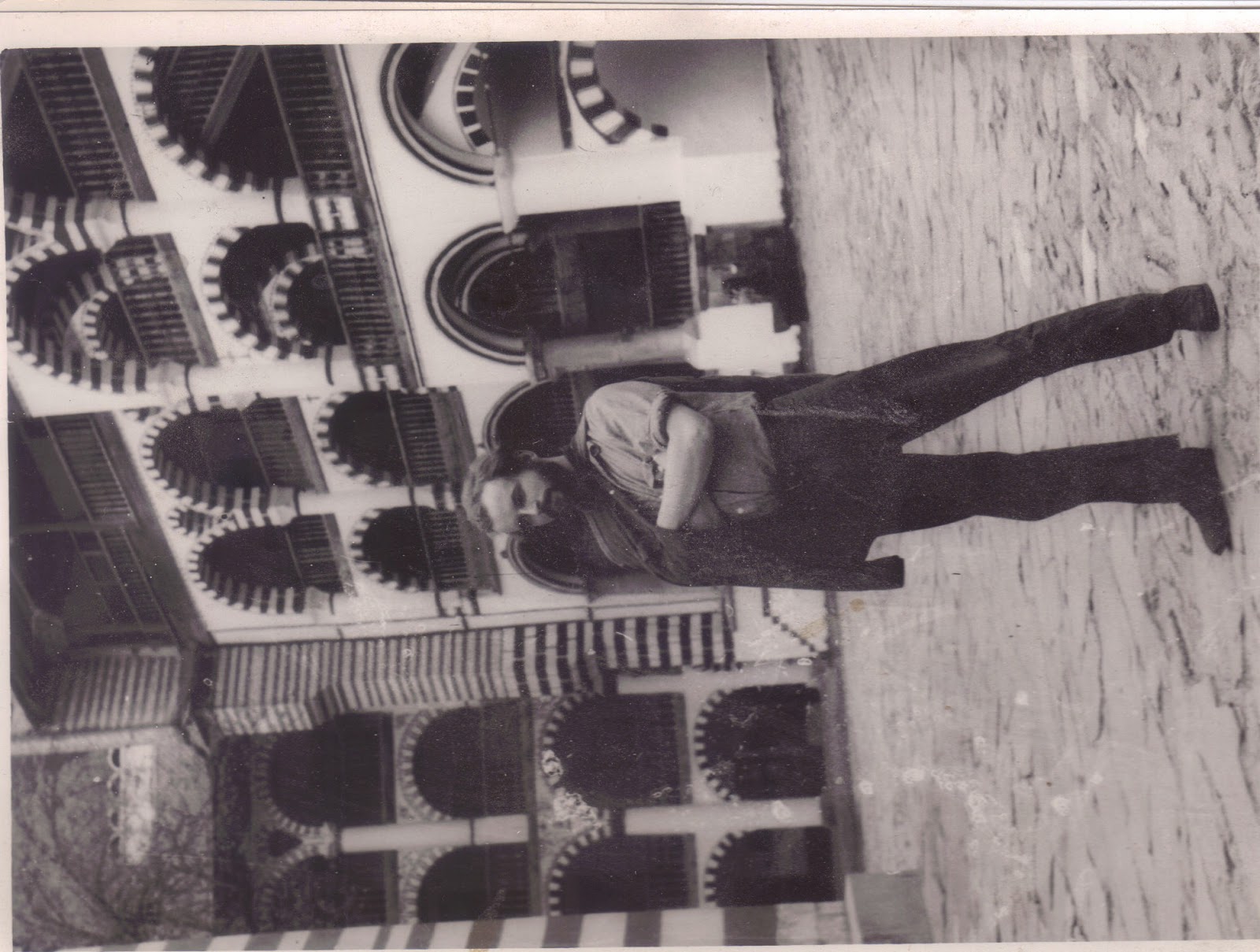 But driving with a former prime minister of Bulgaria a few years ago form Rila did not sadly take us through what Fermor saw:  “The way back to Sofia lay through the western foothills of the Rilska Planina:  rolling dun-coloured country that turned red at sunset with prehistoric wooden ploughs drawn by buffalos or oxen.  In the village, the houses were looped with festoons of tobacco leaves drying in the sun, the size colour and shape of kippers.  I slept in a rick, the first night, reached the little town of Dupnitza on the next and got to Radomir the following dusk.  I was drinking a lonely slivo and feeling tired and a bit depressed when a bus stopped opposite with София inscribed across the top, and a roof laden with a host of roped baskets and bundles.  Inside it was a Noah’s ark indeed, for, in every inch, not occupied by my kerchiefed and kalpacked fellow passengers, were trussed chickens and ducks, a turkey and two full-grown lambs that bleated shrilly form time to time.  We rocked and clanked through the darkness.  The half a dozen passengers next to me sang quietly all the away: sad fluttering patterns of sound in the minor mode, quite different from the robust strains I had heard so often lately. I listened entranced. I asked for a particular one  over and over again---Zashto to se sirdish liube? (Why are you angry with me, my love?) The first line ran--- and determined to try and master it later.”
45 years of the communism and the long disastrous hangover from that blight changed all of this and it goes without saying not for the better.
Yet, yet I would go to Bulgaria at the drop of a plane ticket as the connection, at least in my mind is there through THE COPRSE DREAM OF N. PETKOV (one of the first American books to be translated after the fall of the communism but not reprinted in book form since as the fear has returned to Bulgaria:  to actually remember is now disputed in Bulgaria which intellectually is still under the heavy thumb of the old nomenkultura of the previous regime---richer now than ever before, more mediocre--- and the middle section of GOING TO PATCHOGUE and when it is published and I hope before I am dead, EMPTY AMERICAN LETTERS:  this last book pursues the violent  awful death of Linda Nelson while happening in Upstate New York began in Bulgaria…
FORTY
How can I convince you that THE BROKEN ROAD is one of the  best travel books --- right there with ALBERTO Savinio’s SPEAKING TO CLIO and D.H. Lawrence’s ETRUSCAN PLACES and MORNINGS IN MEXICO---  they are not up to date, they are not  modern, they are not looking for bargains, not looking for the very best, not playing that insider’s card of knowing A SECRET… they know what they are writing about and that knowing is not designed to put you the reader under their thumb of some sort of superior connoisseurship, but the knowing is also edged with a certain felt experience of how fragile all such memories are and as a reader you know it, whatever  it was will not be there when you get there BUT you might, just might find some tiny reminder of…

SEVENTEEN
A second version of TRANS-ATLANTYK  by Witold Gombrowicz has been published by Yale University Press. replacing an earlier version that had been introduced by Stanisław Barańczak--- a once important critic and poet but now  sadly sidelined by illness.
I do not read Polish but I do read Gombrowicz and Yale along with minor contributions by Dalkey Archive, Grove Press and Archipelago have seen to it that almost all of Gombrowicz is available in English.
One can think of TRANS-ATLANTYK as the book that gets us from the Poland of FERDYDURKE , PORNOGRAFIA and  COSMOS to the Argentina  of the great DIARY also available in an essential version from Yale as who can forget the memorable opening of that diary of his exile in Argentina that begins:  1953 I  Monday Me.  Tuesday Me. Wednesday Me.  Thursday Me.  Friday Josefa Radzyminska has magnanimously provided me with a dozen or so issues of….get my hands on several issues of various Polish newspapers…I read these Polish newspaers as if I were reading a story about someone whom I knew intimately and well who suddenly leaves for Australia, for example, and there experiences rather strange adventures which are no longer real because they concern someone different and strange, who can only be loosely identified with ther person we once knew…”
THIRTY
I would hold that to be well read a person needs on their shelf the collected works of E. M. Cioran, Witold Gombrowisz, Thomas Bernhard, Edward Dahlberg, Ernst Junger, Julian Green. MIguel de Unamuno
All of these writers have two basic concerns summed up by Unamuno:
ONE   “I would choose neither “the human” nor “humanity,” neither the simple adjective nor the substantivized adjective but the concrete substantive:  man, the man of flesh and blood, the man who is born, suffers, and dies--- above all the man who dies; the man who eats and drinks an plays and sleeps and thinks and loves; the man who is seen and heard...
TWO     “Memory is the basis of individual personality, just as tradition is the basis of collective personality of a people.  We live in memory and by memory and our spiritual life is simple the effort of our memory to persist, to transform itself into hope, the effort of our past to transform itself into our future.
Or, maybe it is all summed up in the titles of two of Cioran’s books  THE TROUBLE WITH BEING BORN,  THE SHORT HISTORY OF DECAY.

FORTY-ONE
Now I have said it and quoted it.
SO BE IT, again.

WHAT IS LEFT OUT
I should have written that Patrick Leigh Fermor in THE BROKEN ROAD also goes to Romania, Greece and Turkey but Iwas stopped by his being in Bulgaria.  I also provided no plot summary of TRANS-ATLANTYK but here is the opening sentence:  “I feel the need to convey to my Family, to my kin and friends, this the beginning of my adventures, now ten years long, in the….’
I do not know what is a wellrread  reader.  I could have added some more     writers who I live with on a daily basis, Celine, Mandelstam, Broch, Handke, David Jones, James Joyce, Beckett, Leopardi, James Thomson, Eliot, Bitov, Nadas… Tom Whalen, George Garrett, Lee Titus Elliott…

Posted by Thomas McGonigle at 1:16 PM No comments: